Canalejas Park is the oldest park in Alicante Spain.  It was created in 1886 by the architect Gonzolez Altuz.  In the Spanish language, it is called Parque de Canalejas.

There are two entrances to Canalejas Park, each of which are guarded by sculptures of lions and dogs. 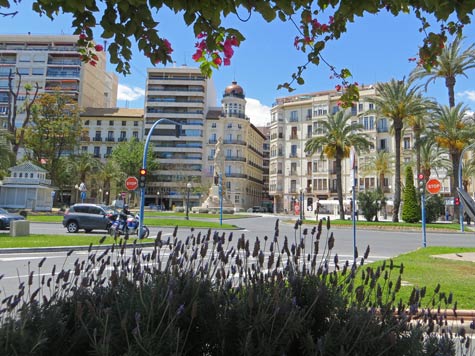 The park's claim-to-fame are its massive rubber plants that are over 100 years old.

Canalejas Park runs parallel to the Alicante harbor and stretches from Calle Canalejas (on the east) to Av. Eusebio Sempere (on the west)